(updated 04/16/2021) A concerned Kanab resident asked for a review of Susan Michelle South because their personal knowledge and experience with Susan Michelle South did not warrant her inclusion on Hatewatch. New & Improved. Previous reviews can be viewed here Hatewatch: Request to Reviw Cram, Pattons, Collins & Bunting-Erickson

This posted review is more detailed and step-by-step so readers can see the process and hopefully increase understanding. Believe me, every time I get a request I hope that person can be removed. So far, two people have been removed and one person is under consideration because they had already begun “rehabilitation” before KURW Hatewatch launced, so we are trying to work out a little more evidence of rehab to get that person off of the Hatewatch.

Decision: after careful review of evidence, Susan Michelle South remains on KURW Hatewatch. If your time is short, the main reasons are listed first then the detailed process with evidence follows that.

Sept 4, 2020. South liked Smart’s lashing out with ridicule (don’t tell me that…) and using false narratives or equivalencies (gang violence, black on black crime) in attempts to discredit social justice and local advocates. Note to all: don’t use “black on black crime”, ever. Intra-racial crime is always higher than inter-racial crime, i.e, white on white crime. Clifford Henry Smart, pastor in Fredonia, prolifically posts extremist rhetoric on his personal page, see Series: Expose and Expel or Expose and Reform? Religious Leaders for more on Clifford Smart and how to report. 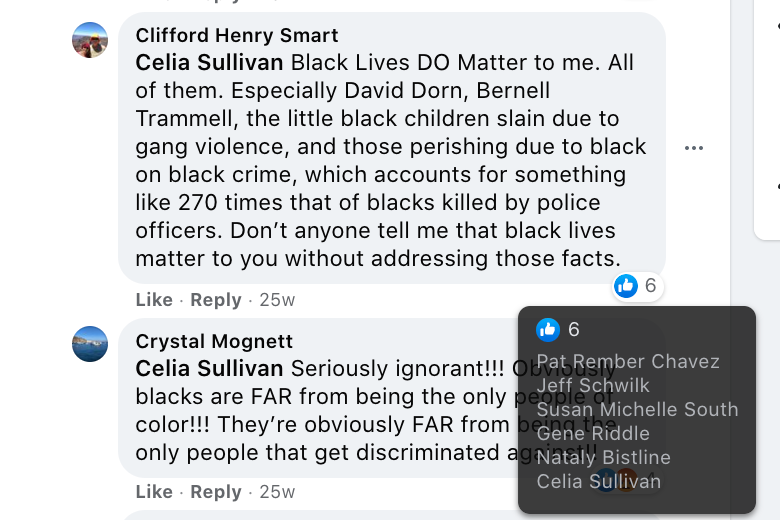 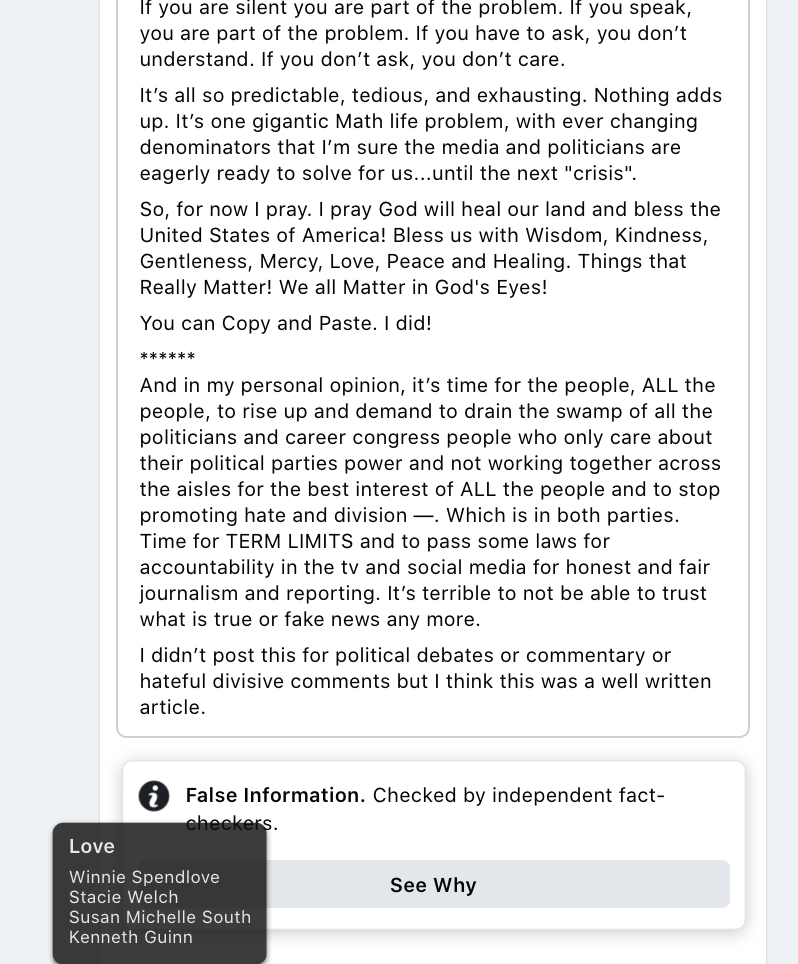 Oct 3, 2020. South “loved” Guinn’s celebration of Proud Boys just following Trump’s announcement for them to “Stand back and Stand by”. The Proud Boys were always listed as an “alt-lite” division of the far-right nationalist movement, not white supremacists. The homepage has a chart for this and there is an explanation of these groups near end of the blog-post Understanding Social Media in Kanab: Groups, Pages & Individuals. The Proud Boys terrorized social justice demonstrators throughout the summer and involved in Capitol Insurrection https://www.nytimes.com/2021/01/26/us/proud-boys-capitol-riot.html 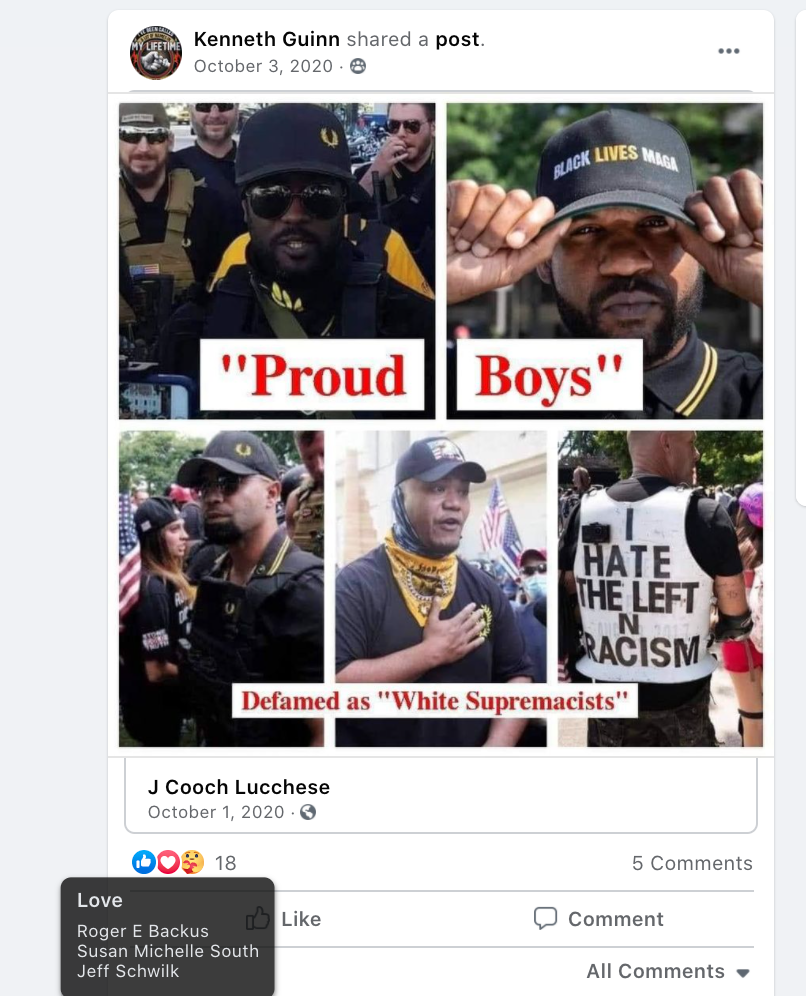 Nov 7, 2020. South loved Taylor’s post of extremist rhetoric (full post right, reaction excerpt on left) including false narratives and promoting division. Accordingly, Susan Michelle South supports that Biden is a pedophile, a corrupt, forked-tongue, senile Swamp Monster,  that media are liars, and she “can’t stand ANY other democrat”. She loved the long list of mostly invalid accomplishments of Trump and referring to Trump as the most under-appreciated president in history. 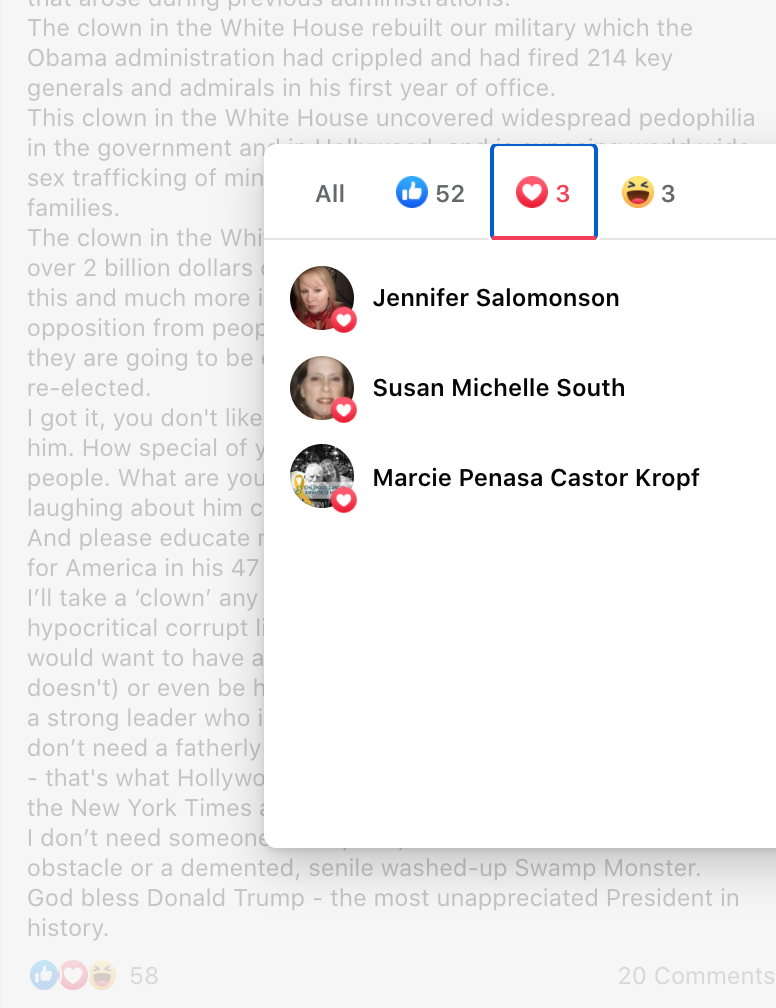 Nov 15, 2020. South loved Guinn’s share from Mooth of Trump accomplishments (full post left, reaction excerpt right). This by itself is of no concern. However, one should always consider the quality of content, the person who posted and others who like it. In this case, there are several inaccuracies, the person who posted, Guinn, is known for posting extremist rhetoric on KFRR and the others that love it, well, Murphy also known see Understanding Social Media in Kanab: Groups, Pages & Individuals and Schwilk see Kanab “Patriots” at the Capitol Insurrection and Local Law Enforcement Praise

Jan 13, 2021: South liked Murphy’s post of Dinesh D’Souza’s podcast denying any complicity of Trump inciting the Capitol Insurrectionists. D’Souza refers to the US legal process of impeachment “even dumber than the first”, claims that the news is not playing Trump’s full speech and they were, and limiting source of incitement to the speech alone. Ignoring our Justice System’s finding of no election fraud and invalidating Trump’s claims, Trump advertised a “Save America” rally on the day of the electoral ratification, encouraged those in congress to invalidate electoral count with his fraudulent claims and then sent ralliers to the location where ratification was happening. Again, consider who posted it, Murphy, the content (more about DSouza https://www.theatlantic.com/ideas/archive/2018/08/dinesh-dsouza-is-making-a-comeback/567233/) and the point. 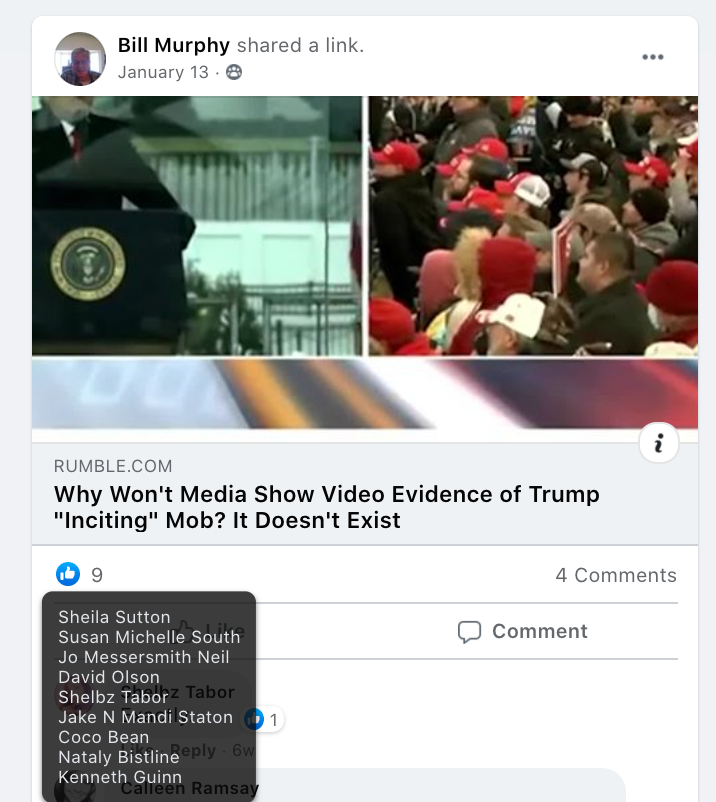