(updated 11/28/22) Why do I urge residents to intervene? These violent posts went UNREPORTED for months until recently. Resources for understanding and intervening are found in sections 2 and 9 of this post.

“The amount of angry, hateful, unspeakable, combative, violent even, rhetoric on social media exceeds what anybody in their worst imagination (thinks) is out there,”

The evidence & support resources are presented in 9 sections:

“I can’t wait to Kill Pelosi “

See section 3 of 9 for detailed evidence from Broadbent.

“most white people can but a bullet in a black thug’s head from about 20 yards!”

See section 4 of 9 for more on Schwilk.

..so we could beat them to death and hang their bodies from the stop lights..”

See section 5 of 9 for more on Glover

“I’ve got a wood chipper”

See section 6 of 9 for more from Brissette & Gibbs.

“A few of your comrades got rolled by a 17 yr old kid…gaping hole, bleeding out.

Another got dropped by an Uber driver with a pistol…”

See section 7 of 9 for a Cram Family slideshow.

“Lots of public lands here to stack the bodies”

See section 8 of 9 for more from retired Lt. Phil Cloughesy.

“Someone needs to off him…a two-fer”.

Because of the previous KURW posts Understanding Social Media in Kanab: Groups, Pages & Individuals and Kanab FB Page “Kanab Patriots” Recruits and Radicalizes Extremists, some readers have reported and submitted evidence. Glover’s post was reported and removed by FB earlier this year, Brissette’s and Broadbent’s posts removed earlier this week. Schwilk’s post removed just recently. Some have questioned if/when posts should be reported to law enforcement and FBI.

“I can’t wait to kill [Pelosi]” comment to Vicki Huntington Hooper’s June 24, 2020 extremist rhetoric (false narrative) Pelosi/mask/protest meme. Joyce Clark attempted to intervene publicly, pointing out a pattern of violence which someone saw April 01, 2021, reported to FB and FBI and sent evidence to KURW. I compiled what I could find and present it below. FOR TEN MONTHS no one reported this comment for removal. I am unaware if anyone reported his activity privately, which is appreciated if anyone did. Let’s catch this stuff earlier, report immediately and intervene.

You’ll need his FB profile https://www.facebook.com/geoffrey.broadbent.9 to report to FBI and feel free to cite this page or use images from this page. His legal name appears to be Brian G Broadbent. He has gone by Geoff Broadbent before.

I certainly don’t present these to exploit anyone’s pain, but in an effort to learn what to look for and how to intervene with our neighbors in pain to prevent lashing out and lessen suffering. Broadbent’s public posts reveal three tragedies: Jan 2019, April 2019 and August 2020.

These are posts which did raise alarm expressed by some of his FB friends and are the indicators for more support, intervention and or reporting to community groups/law enforcement for additional support. These posts include: end of times, fear/betrayal, lashing out at family, and incoherency. Notice who supports these posts (they may not yet be on Hatewatch by KURW ) and who tries to intervene.

These include only public posts on Broadbent’s personal page or on Hooper’s public posts and include only those with extremist rhetoric or bigotry. Notice who encourages extremism (not all are on Hatewatch by KURW, yet) and who attempts to intervene or counter extremist rhetoric. This includes false narratives on immigration, reproductive rights, 2A, Covid, slavery and civil rights protests. Bigotry toward democrats, media, politicians and immigrants. Fear of losing what is theirs and betrayed by government.

Extensive evidence of Schwilk’s extremism is in this post Kanab Veterans Engage in Extremism, Reflecting National Trend and is listed in interactive Google Slides below

Brissette posted this back-hoe murder two weeks before harassing & covid-coughing on Black Lives Matter demonstrators in Kanab (see post link in red above). Brissette is also a member of local FB extremist page Kanab Patriots which has defended his actions and misreported his case. In 2021 he threatened mass shooting because of liberals in Kanab and was arrested then was killed following an altercation in October 2021. 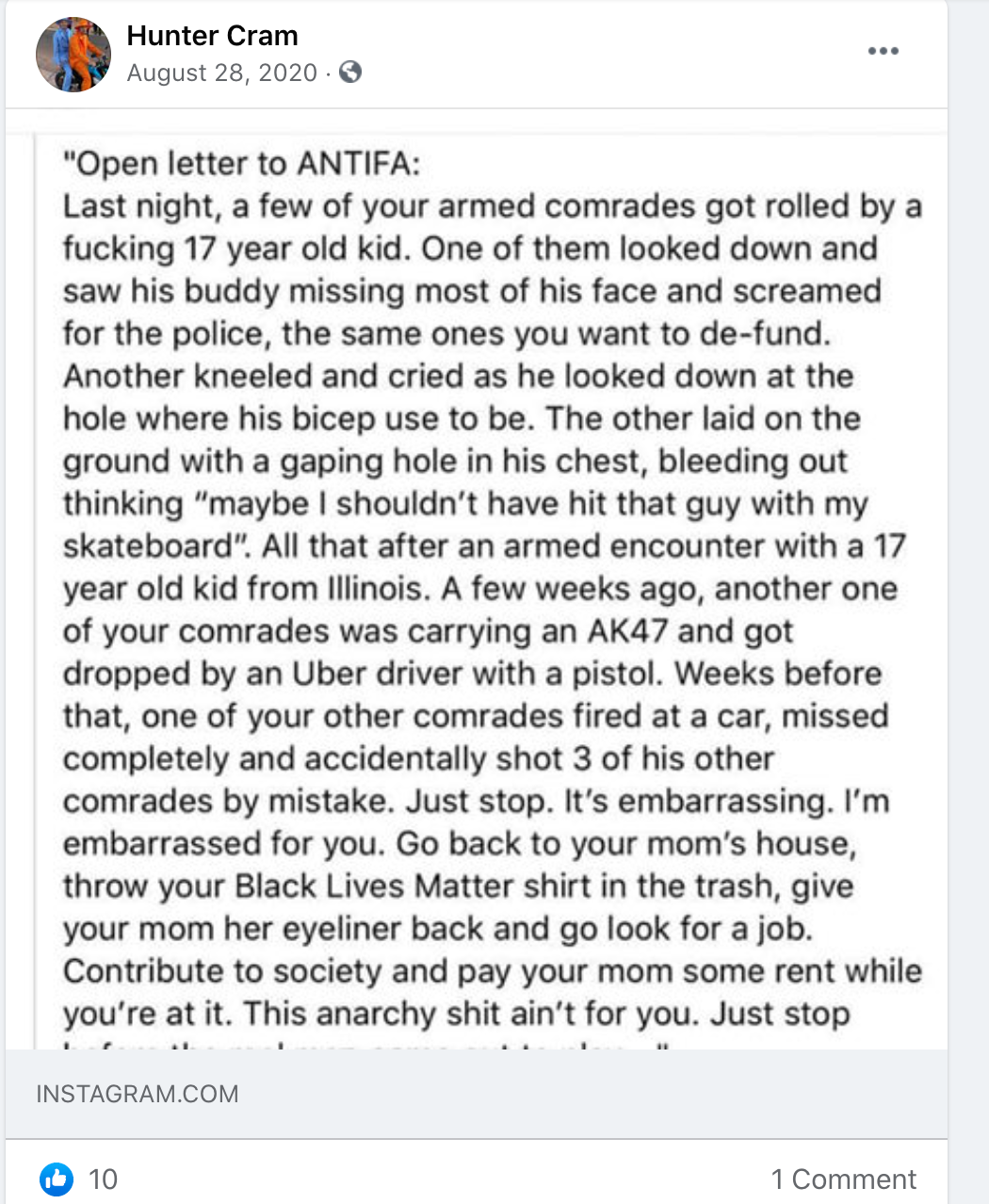 In this format, the links in the images are not clickable so use Google slides above to click links.

Kym and Phil retired from Long Beach Law Enforcement and spent a few years in Kanab before moving to Prescott, AZ in November 2020. They moved to Kanab for Best Friends Animal Sanctuary and Kym resigned over Best Friends supportive policy of the Black Lives Matter movement, community involvement and racial equity training. 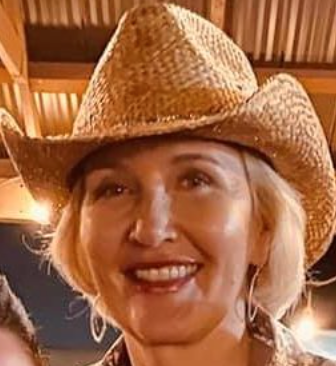 Their posts of violence include: Killing George Soros and son Alex, stacking bodies of democrats on public lands, and glorifying physical assault. The breadth and depth of their extremism and bigotry justify their classification as Red Level Hatewatch Neighbors.

List of evidence of extremism and bigotry by Cloughesys.

The categories which people fall in regards to recognizing SYSTEMIC RACISM and WHITE PRIVILEGE are the 3 Ds: Deny—-Distance—-Dismantle. https://www.apa.org/research/action/speaking-of-psychology/white-privilege

The stages of systemic racism in the USA are the 3 Ss: Slavery—Segregation—Slammer (resource: Michelle Galaria).