(updated 10/01/2022) This compiles public social media posts, public activism & public legal records of area business owners. If any business owner was overlooked or has been misidentified as the owner, email mgalaria@protonmail.com. Many of these business owners are on KURW Hatewatch. For background on Hatewatch see History, Purpose & Criteria for Hatewatch.

Please, use this list of evidence to guide where you spend your money or not. The list of evidence is NOT COMPLETE for the people they support because 1/2 of those files have not yet been processed. Please, if you are comfortable and you believe your conversation will be well received, have meaningful, compassionate discussions with the business owner about their public comments and what those mean to you. Print their list of evidence because in some cases, people aren’t aware of how extensive their hate/anger is and/or how they are contributing to hate/anger of others. If you need some pointers for action, read Reforming Extremists on Hatewatch.

Below is a list of the businesses by category in spreadsheet format followed by the evidence of the owners in alphabetical order by business name.

There are some sections in progress and not yet added below.

See these previous KURW posts for extremism and bigotry from Vetere

In addition to owning her own business, Alicia worked for Kane County Schools. She is married to Kane County Sheriff’s Deputy Colton Cram and both are featured in KURW post Meet Your Neighbors: Red Level

One of KURW’s earliest posts was a request to review Alicia Cram, The Pattons, Tina & Jeff Collins, and Susan Bunting Erickson. Alicia uses FB group Kanab/Fredonia Rant & Rave for her platform for hate which includes support of Insurrection with threat of more violence and promoting political conspiracy theories and misrepresenting Kanab 89/89A BLM & ALM rallies. She supports the local FB extremist group Kanab Patriots , extremist Vaelyn Mackelprang and insurrectionist David Crosby. Extremism from those two sources call for violence (hang politicians & weapons against neighbors), targeting businesses and individuals who support Black Lives Matter. She encourages division including the support of multiple posts “I’d rater be American than a Democrat.” Her core of violence is reflected in the support of Kanab School staff Terry Blake’s post describing a combat type scenario (armed, toe-to-toe, studied enemy) of the MASK CHOICE process in Kane County Schools.

Colton’s evidence also reveals a thirst for violence, promoting division & hate, and support of the “Big Lie.” As an officer of the law, he posted publicly that the Kanab residents opposing Steve Corson’s Stop-the-Steal at 89/89A “are the crazy ones.” YET…

Wade Heaton encouraged extremist LDS calls to fight from current commission write-in candidate Camille Johnson Taylor, equating public health measures to martial law (see below). This Board of Commissioners did call Kanab Patriots a Hate Group but the also declared early termination of statewide mask mandate (see below). The County Attorney, Van Dyke, did misapply vehicle laws to pedestrians in response to 2020 protests (see below), in a joint press release with the County Sheriff and Chief of Police (these law enforcement links are for other extremism/bigotry not about the protest/sidewalk error).

Shelly engaged with hate platforms, Kanab Patriots & Kanab/Fredonia Rant & Rave (KFRR), after posting on her personal page that she would no longer post anything to anger anyone with politics & riots. On KFRR she joined KPD Officer Bundy and Robert Brissette in the “just leave” reaction to liberals. On Kanab Patriots she liked their defense and misreporting of Robert Brisette’s assault / hate speech case and mocking the closure of a local business owned by one of the women he coughed on, joining in commenting with misinformation about her signs in her business window.

Shelly wasn’t the only business owner who mocked the closure of another business. So did:

Kathryn King is the daughter of Larry Baer and she and Scott have been operating their family farmer’s market as Larry ages. Scott’s profile states that he is also employed as an EMT by Kane County Hospital. Scott’s evidence reveals homophobia, deep anger of liberals, support of uprising against government and racism. Scott follows local extremist page Kanab Patriots & celebrated the closure of a local business which they targeted for months for the owner’s liberal views (see slideshow in section above, Amaze photography). They follow two of the five people identified for their ability to radicalize, Vicki Huntington Hooper & Denise Judd Mackelprang.

The Alldredge family owns and operates Big Al’s Burgers at the Junction. Rinda is married to Alan Alldredge of Kane County Sheriff’s Office. Rinda and son, Russell, were featured in an earlier post Big Al’s Burgers at the Junction: Rinda & Russell Alldredge for their extremism and bigotry including conspiracy theories, Release the Kraken and opposition to public health safety during the pandemic. There have been no public displays by Alan and Rinda asked to have their other children added to the “Patriot List” for extremism and bigotry. Only Rinda and Russell are on KURW Hatewatch.

KURW has no evidence of bigotry or extremism posted publicly by co-owner Lacee Brown, however, there is some evidence for Emily Brown Koelliker. Emily’s activity does not warrant inclusion on KURW Hatewatch although she encourages bigotry, extremism and conspiracy posted by those featured in Public School Employees. Kane County School District and Meet Your Neighbors: Red Level.

Ellen also engages a lot with “Grace Ann Christian” who is Lois & Steve Corson of Glendale. Lois & Steve carried a cross to DC in 2011, held weekly rallies at 89/89A in 2020 (All Lives Matter, BLM Hate Mob, Schools Kill USA, Stop-the-Steal) before Steve and his brother became Kanab “Patriots” at the Capitol Insurrection and Local Law Enforcement Praise.

and KURW posts with inclusion of Celeste

I first noticed bigotry from Tracy when I was on their farm and she referred to an irrigation system as “African-American rigged.” Then I noticed that Steve “liked” a hateful post by US Veteran Kenneth Guinn which described THE LEFT as demonizing police, unsympathetic to victims of criminals and making heroes out of criminals (if they are black). I made notes on that post (see slideshow above), messaged it to Tracy with a request to cancel my farm membership. I had been a patron of the Kvammes since they owned a restaurant where La Bella salon is now. They honored my request to cancel and denied the bigotry.

His hatred of liberals shows most clearly in the post by Noelle Carroll (see slideshow above) explaining the 2020 vote was not for Trump because of Trump, but for Trump because of YOU divisive, intolerant, ignorant, woke liberals glorifying abortion, criminals & destroying USA. He continues to support Robert Brissette (assault BLM women) & known hate-group founder and anti-immigration activist Jeff Schwilk. 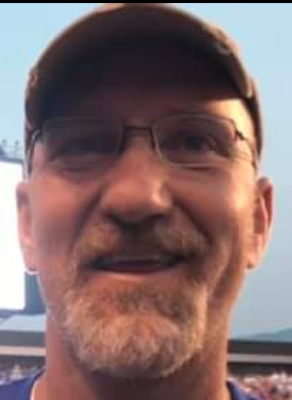 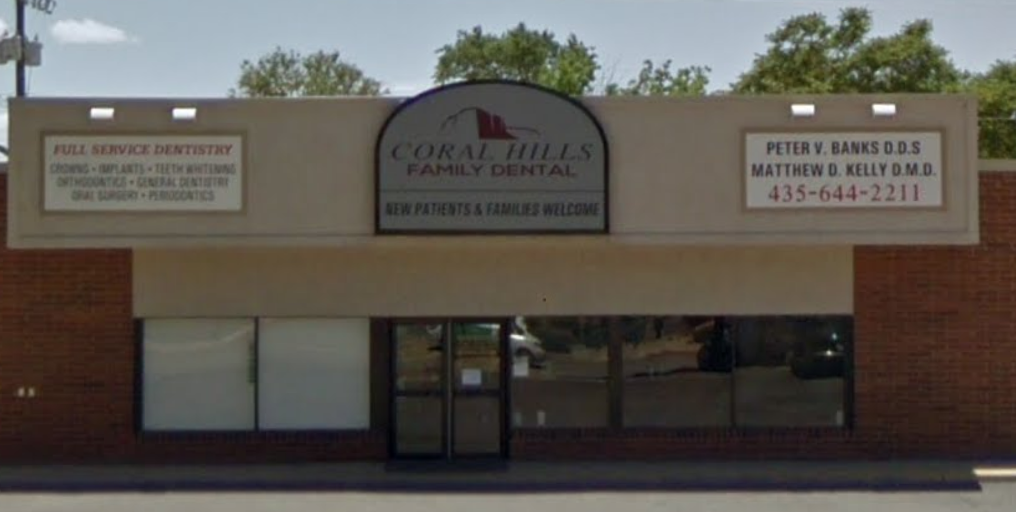 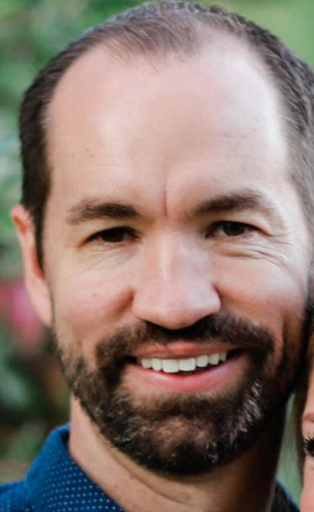 and KURW posts with inclusion of Celeste

After attending the J6 Attack on the US Capitol, David Crosby transferred his business to one of his sons, Luke, and took a lead mission position in Chile with the Church of Latter Day Saints (LDS, Mormon). David owned Crosby Home & Farm Center since 1995. KURW has no evidence of public bigotry or extremism from Crosby’s sons, so below is the evidence from David.

David Crosby is featured in a previous KURW posts:

Below are some screenshots of his public posts

Laura is a US Veteran and supporter of local hate group Kanab Patriots (now Kanab Conservatives). She encouraged their posts of racism, LGBTQ+ bigotry and political hate of democrats and progressive residents of Kanab. On another local hate platform, Kanab/Fredonia Rant & Rave, Laura supported “Break the chains of slavery Constitution classes” posted by Red Level Patriot Crystal Mognett and led by Shawna Cox, Ammon Bundy’s regional representative for his People’s Rights Network. She further encourages bigotry & extremism by others on KURW Hatewatch like Wendy Williams and Marylin Kurtz.

Links from image above:

in Process, summary (below) with links to Kanab at DC Capitol Riot and Brissette 2021: Arrested. Violent Threats, AGAIN, then death.

Links for the above image:

Boyd Corry sits on the Kanab City Planning Commission and his posts or supports of extremism and bigtory can be seen at KURW posts:

Bobbi and Jeff, Meet Your Neighbors: Red Level, support the January 6th Stop-the-Steal by their brother David Crosby and Sindi Vetere who recently ran for mayor and Steven Corson who continues Save America 2021 demonstrations at 89/89A. They were my neighbors in Kanab, quickly took to supporting “Kanab Patriots” Recruits and Radicalizes Facebook Extremists sabotage and intimidation efforts , displaying Back the Blue yard signs and MAGA flags and shouting from their vehicle at Black Lives Matter demonstrators with their frequent passes. They oppose public health guidelines for Covid, promote misinformation and co-opt My Body My Choice. Their bigotry includes LGBTQ+ hate, dislike of liberal move-ins and encouraging bigotry by others while supporting a move-in & California hate group founder Jeff Schwilk. Bobbi and Jeff support calls to fight by Vaelyn Mackelprang and LDS specific by Camille Johnson Taylor, Kane County Office of Tourism 1.

Kim encourages hate & extremism on local platforms Kanab Patriots and Kanab/Fredonia Rant & Rave. She also engages with Lois & Steve Corson who held weekly All Lives Matter rallies at 89/89A in Kanab, Stop-the-Steal Kanab and Steve was one of a few Kanab “Patriots” at the Capitol Insurrection and Local Law Enforcement Praise.

(evidence to be added)

For now, see Glazier’s Market above

The evidence for Travis is part of the “Franklin Family” slideshow below.

Andy Gant & spouse Rhonda Pollock Gant have been active Kanab voters since 1994. Both have Kane County positions. Andy serves as chair of Kane County Commission and is a member of Garkane Energy Board. Andy was elected to the Commission in 2018 when he beat Shawna Cox, regional administrator of Ammon Bundy’s People’s Rights Movement and in 2022 lost in the primary to Patty Kubeja (see Meet the Candidates: Kane County Commission & School Board Election 2022 for the extremism & bigotry from current candidates). Rhonda works as Human Resource Director of Kane County, owns Women’s Forum in Kanab, and is the sister-in-law of Mike Noel via his marriage to Rhonda’s sister Lydia Pollock Noel.

Neither are included on Hatewatch by KURW and KURW has evidence of only two public posts of engagement on FB and a list of actions decided by the commission with his comments.

Following the evidence is a list of actions decided by the commission and his comments.

Neal Brown is still a reporter for the SUN following his sale of the paper to Andy Gant. Brown’s public bigotry centers on homophobia and his extremism on Christofascism and limiting rights & liberty.

Celeste’s evidence can be viewed as part of the slideshow “Cram Family” below. Her mother, Crystal Mognett is featured in Bigotry LGBTQ+ (Part 1 of 3)